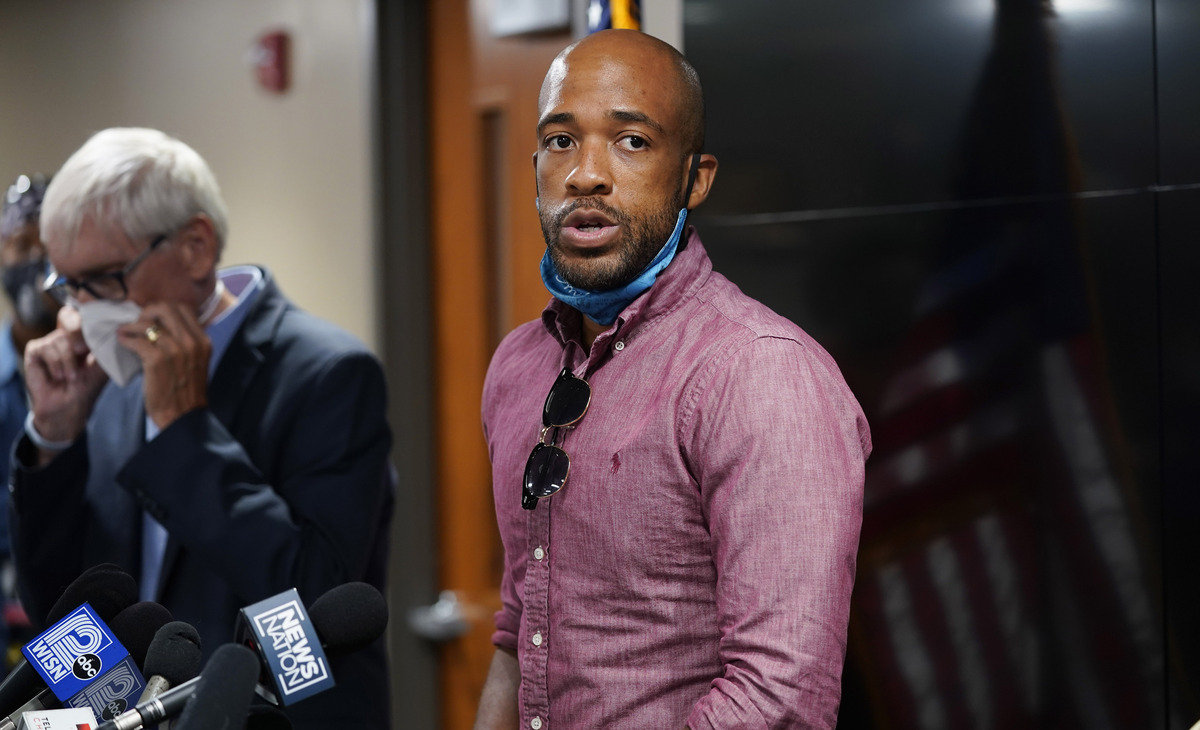 The president’s trip comes after days of unrest following the police shooting in Kenosha, Wis., of a Black man, Jacob Blake, who remains hospitalized.

It also comes after a white 17-year-old from Illinois, Kyle Rittenhouse, was charged with six criminal counts, including first-degree intentional homicide, in connection with the fatal shooting of two people during protests in Kenosha.

Barnes, the Democratic lieutenant governor, talked to All Things Considered about why he did not want the president to visit, how he says Republicans are blocking reform efforts, and the use of the National Guard in Wisconsin.

Do you see any potential benefit to having President Trump [in Wisconsin], maybe a chance to meet and talk to him in a productive way?

No, I do not. Because a real leader would have proven that already. He would have given words to help console the people of this community, the people of this state and the people of this nation, because what happened in Kenosha is something that happens all too often in this country, and the president has offered no sort of resolve. You can look at the president’s invective. You can look at the RNC, which tried to capitalize on such situations, which tried to politicize people who are crying out, who are stepping up, marching and demanding racial justice.

Donald Trump doesn’t want to hear that. He is going to use every opportunity that he can to divide the people of this state, as this is a critical state for his reelection. And it’s unfortunate because these are real lives that we’re talking about.

Gov. Evers called for a special session of the legislature on Monday to address police reform, but Republicans didn’t show up. To get legislation through, you need Republican support. Do you have a plan for how to do that?

Kenosha is the latest city to deal with protests and sometimes counterprotests that have turned violent. Gov. Evers sent in the National Guard, and some protesters said that having the Guards there made the unrest worse. Do you think the governor made the right decision?

So the governor sent in the Guard to aid with controlling fires that were set. … That was the purpose of the National Guard.

I think what protesters were experiencing was a heightened response from law enforcement. And the press conference that happened shortly after [Kyle Rittenhouse] traveled to Wisconsin from Illinois to kill two people on our streets, the response [from Kenosha Police Chief Daniel Miskinis] was, “well, maybe if people weren’t out past curfew,” ignoring the fact that the shooter was also out past curfew. So to assign blame to the victims, that shows where we are in terms of thought with some of the local law enforcement … and this is the reform and accountability that we’re talking about. …

I think that it’s important for people to realize that, again, the people who were killed in Kenosha were protesters. They were killed by people who felt that they had a responsibility to help things, to help matters, to assist. Now, law enforcement was already there. National Guard was already there. They didn’t need help. Yet, these people were free to just walk the streets with long rifles, intimidating people. I think that is the important thing that people need to realize. And I hope that folks do understand that Republicans continue to enable this sort of behavior, the sort of behavior that actually leaves people dead.

Listen to the full interview at the audio link above.

8 Newest Pickup Trucks of 2021 that Have Already Been Unveiled

admin - October 23, 2020
0
NTV is the leading Bangladeshi TV channel. NTV has been broadcasting almost all around the world. NTV has made a significant impact on viewers...

Massive Protests Across The U.S. Over Death of George Floyd |...